Polkadot - A Syncing node under 30s 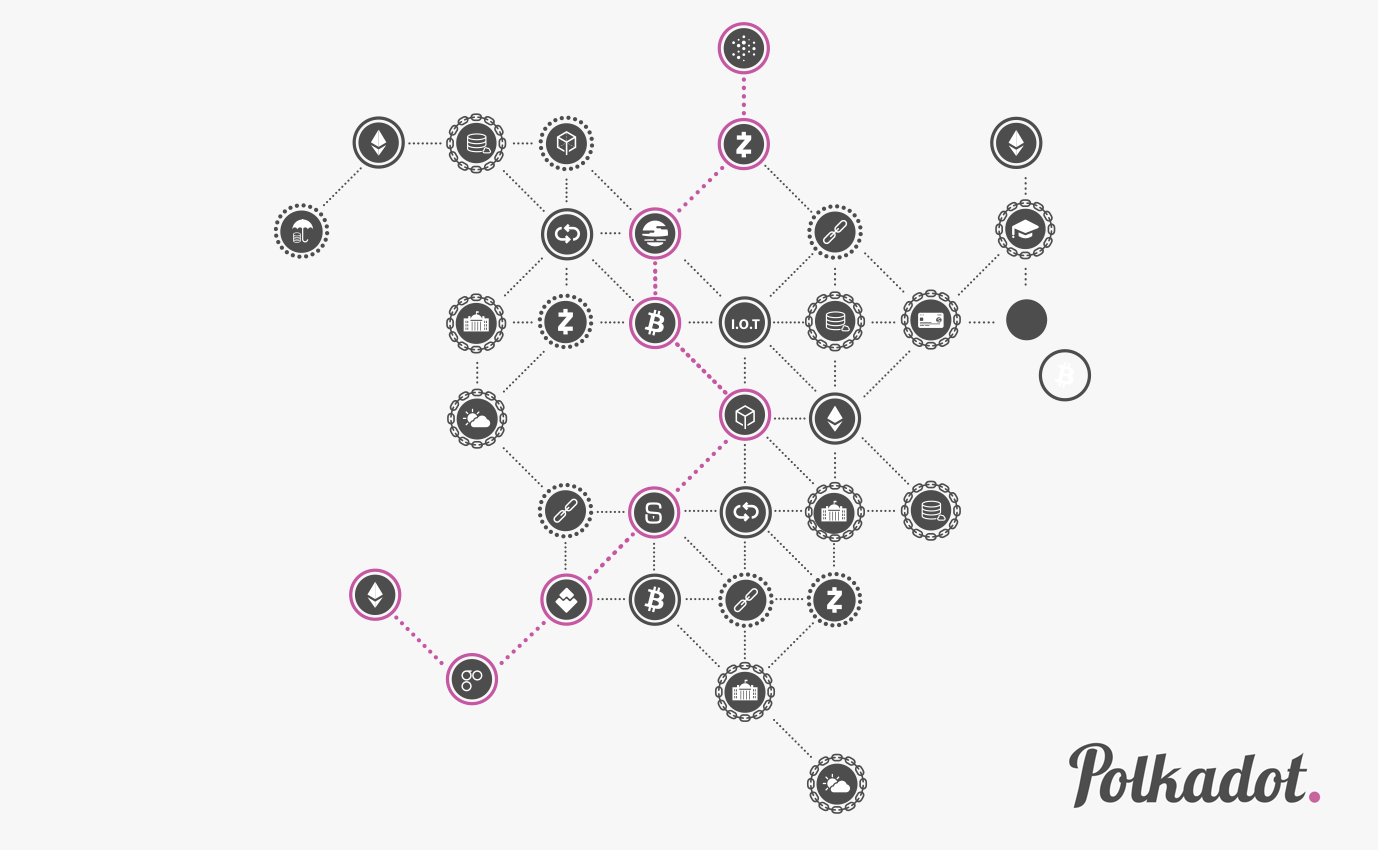 This artcile is about using the new Polkadot Docker image to get started with PoC-2.

The Polkadot PoC testnet has been up and running for a while, but for newcomers who want to jump in the level of technical detail may seem a little daunting. Don’t let that stop you! 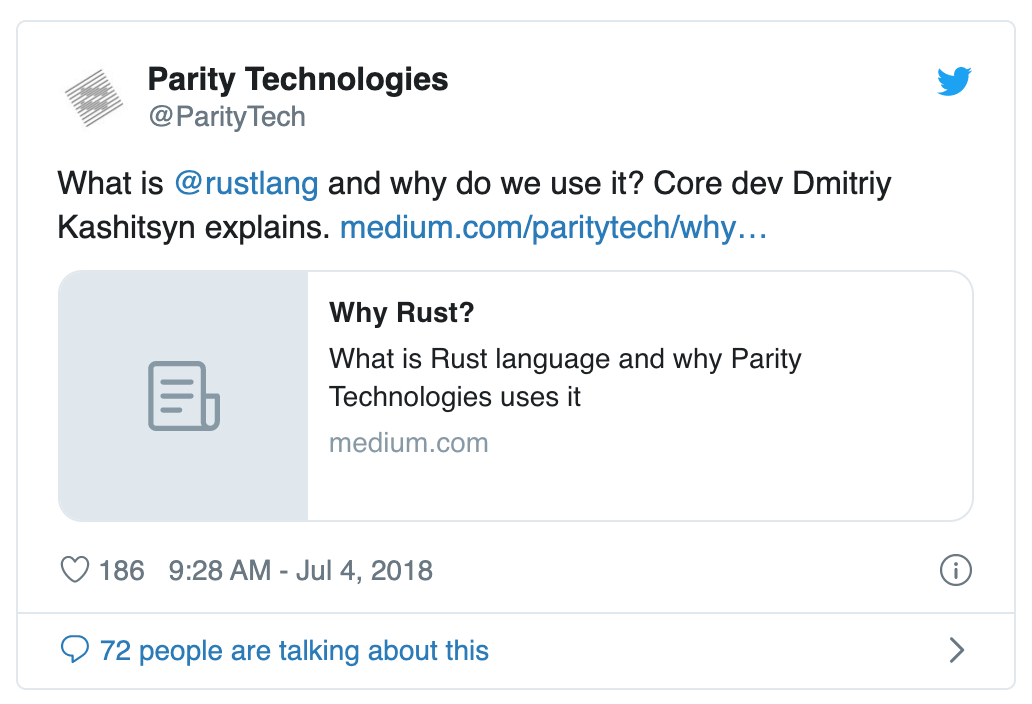 In the past, ParityTech showed a pleasant tendency to open-source its software in very early stages. Once again with Polkadot, the code has been made available to everyone, allowing contributors and testers to participate in the network’s evolution from the start.

As you can see in the very first commit, Polkadot began with a simple “Hello, world!” and ReadMe from Robert Habermeier.

Whether a developer or a user, the first thing anyone interested in Polkadot should do is get the network running. Let’s dive into how we can do that.

In the early days of such a project, binary installers for Linux, OS X or Windows are usually not available (you can find the Polkadot releases here) so the only way to use them is to build the software yourself.

Although the process is well documented, building a project such as Polkadot may not be trivial unless you are a Rust developer or plan on become one :). 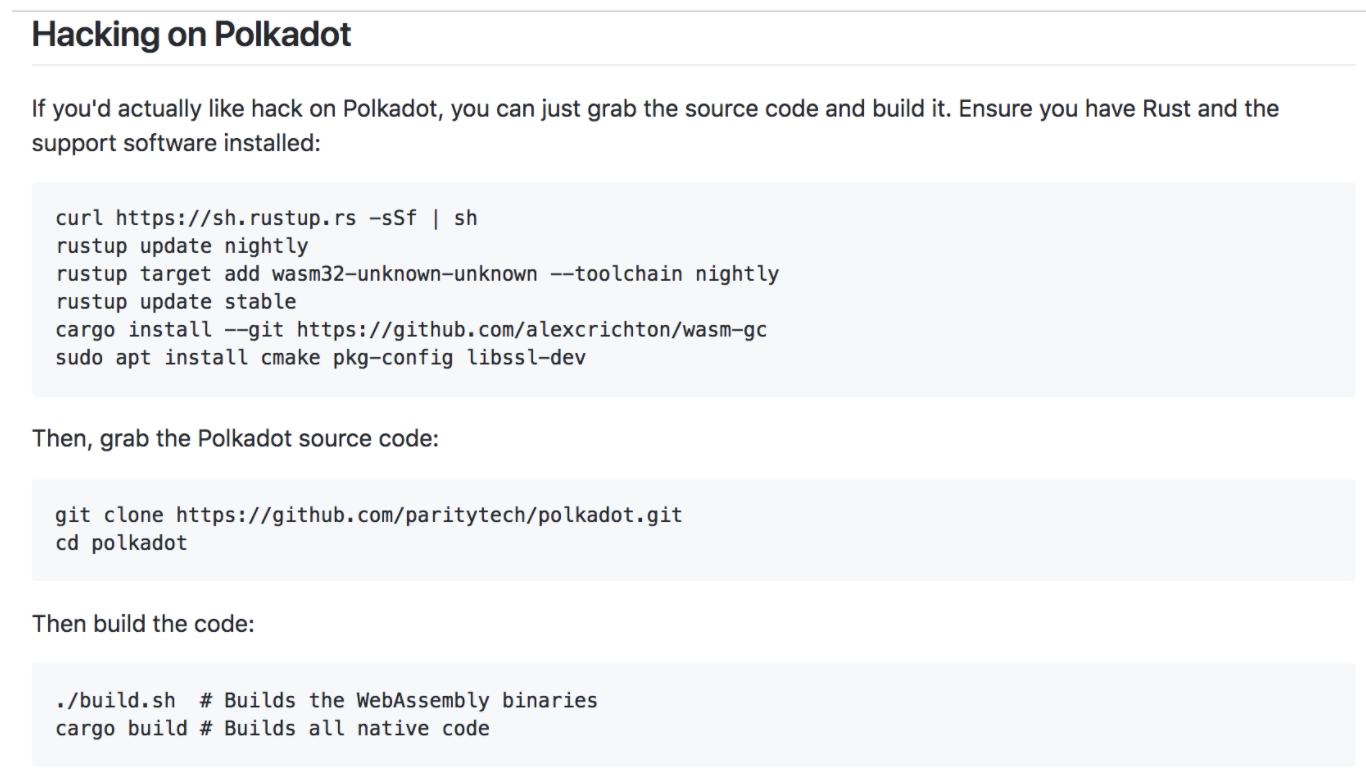 Assuming the instructions above make sense to you, you will still need some patience (and fan-spinning…) before you see your node run and show up in the Polkadot telemetry site.

Compiling software such as Polkadot can take from 30 minutes to a few hours depending on the computer available to you. There must be a faster way!] 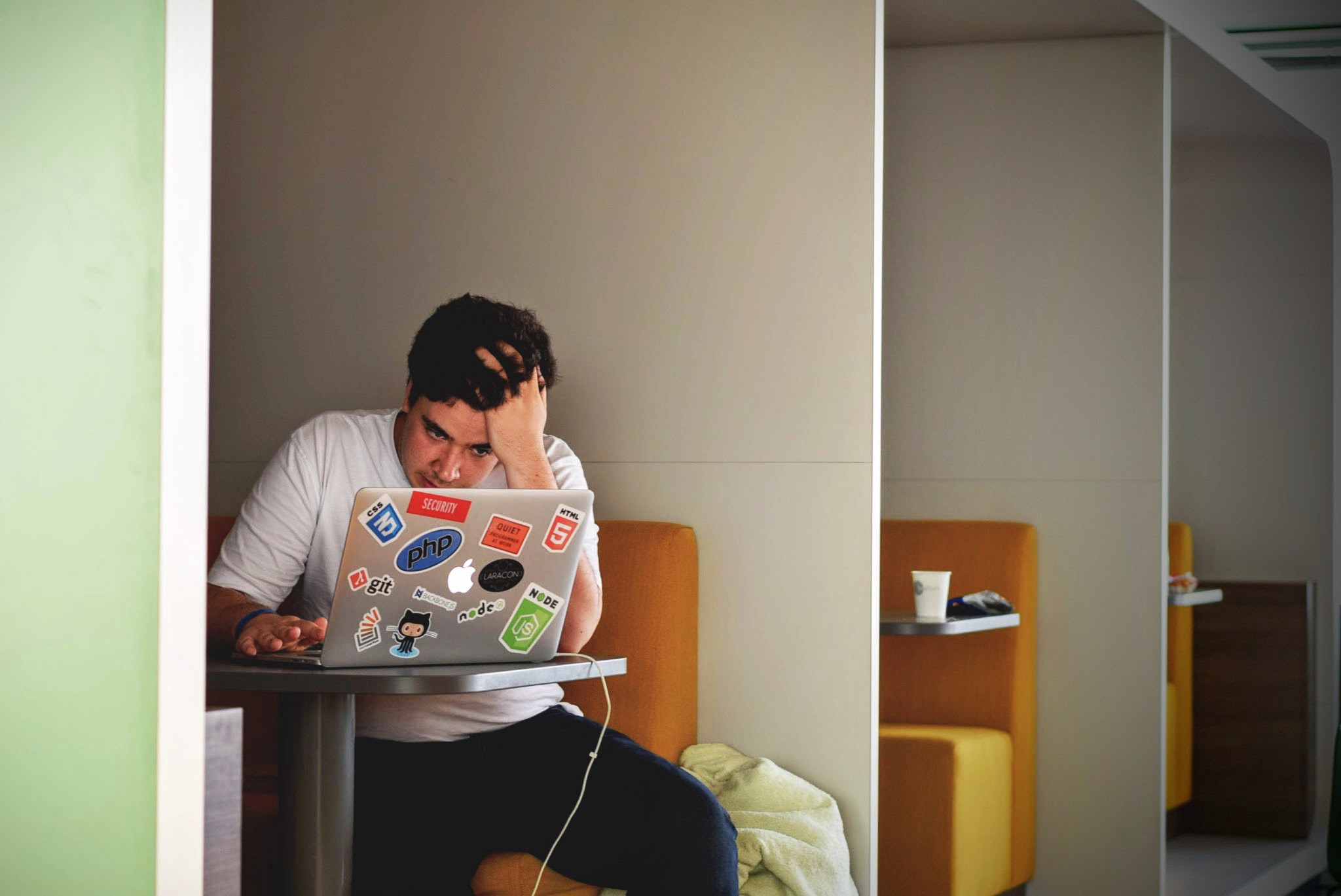 Docker to the rescue

Docker can be seen as a very slim virtualisation solution. It is rather easy to install and you can find all the instructions here.

NOTE This is somewhat dependent on your internet connection.

Use a Docker pre-built image

So you are lazy? Me too!

Once you’ve installed Docker, the only thing you need is a shell to enter a few commands. How about a few one-liners to get it to just run and start syncing?

In theory, you should first pull the image you want to use but I mentioned how lazy I am, so we skip that. Docker will deal with it!

We start simple and will check what version of Polkadot we have.

You can copy/paste the command below, just make sure you exclude the “$”. It is just telling us this is a command to type into the shell. Linux users may also have to add sudo before each docker command.

Before we look at the result, let’s have a look at what‘s going on. You wouldn’t blindly run unknown commands from a random article on the internet, right?

To find all the available versions, you can visit: https://hub.docker.com/r/chevdor/polkadot/tags/ 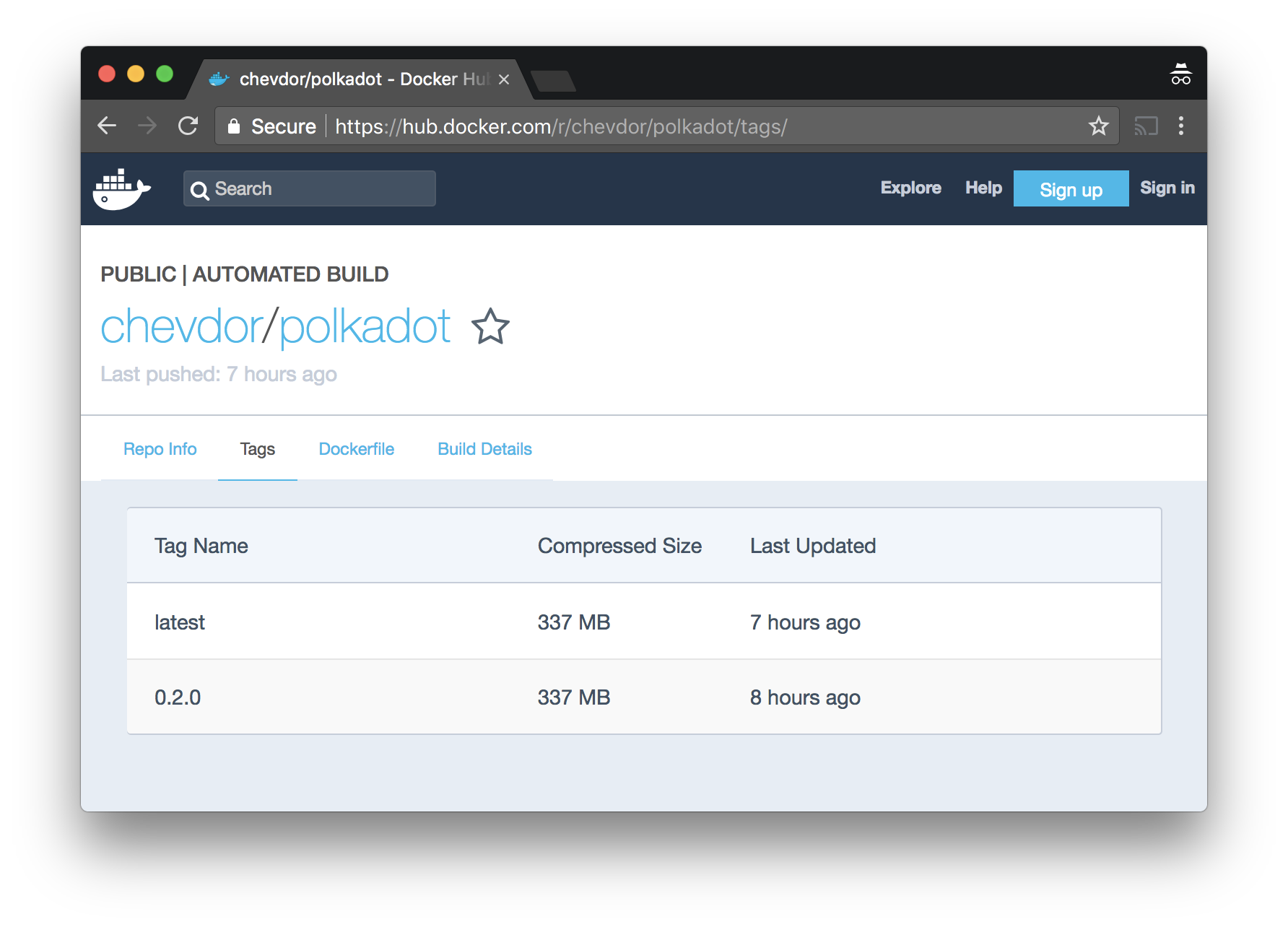 You should see something similar to the output below. Don’t let Docker turn you down with its Unable to find image, this is normal: it means docker does not find the image locally on your machine and needs to download it first.

How about running a real node now? Notice the small change, we remove—​version :

Now we can start having fun because the polkadot you see at the end of the command is the real polkadot. Let’s ask it for some help:

Optionally, if you are using Linux or OS-X, you can use an alias and forget you are using docker. In the following example, I named the alias polkadocker but you may name it anything.

Very cool, but we need to improve a bit more to properly run a node:

Opening the correct ports for Polkadot is important if you want to communicate with your node. See the -p flags below.

Above all, mounting a volume is super important. This is the -v you see below. If you don’t do that, all the data, including those blocks you synchronised the last hours/days will be gone once you stop the container or if for whatever reason it crashes.

Now our node will store all the important data in /home/<youruser>/polkadot-data. You can now stop your container, start it again, it will resume where it previously was.

If you are also using a local Polkadot binary, you may want to use the following folders:

If you don’t provide a name to your node, Polkadot will find one for you (sometimes with a funny touch, give it a shot). You can however name your node using --name "<name here>"

Almost there! At that point, we are all good but closing the shell where docker runs will stop the container :(.

Instead of entertaining us with scrolling logs, Docker can run in the background and this is super simple with -d:

You can now check telemetry.polkadot.io, your node should show up. 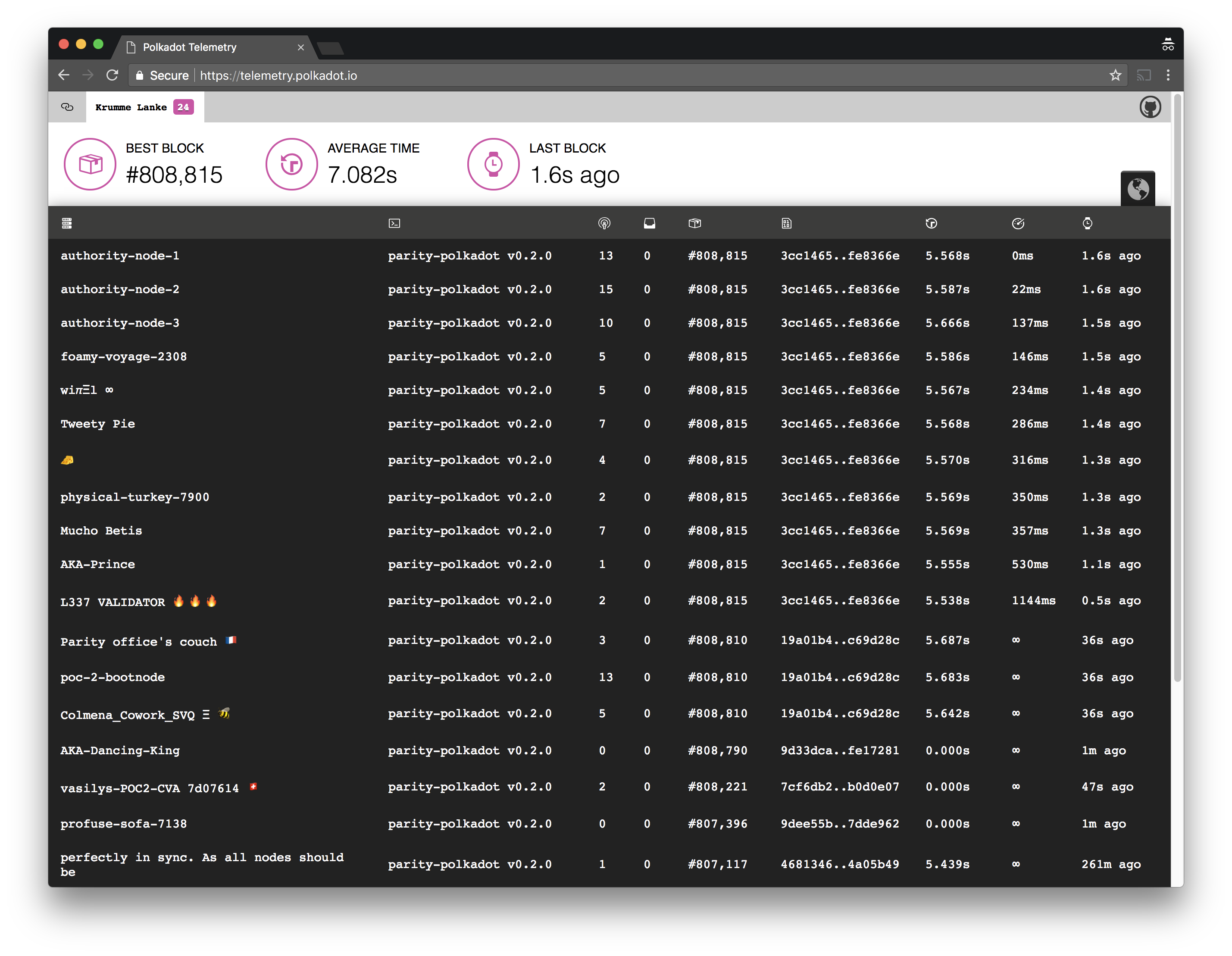 If you followed along so far, you should see something similar to the console capture below and you should be syncing already. 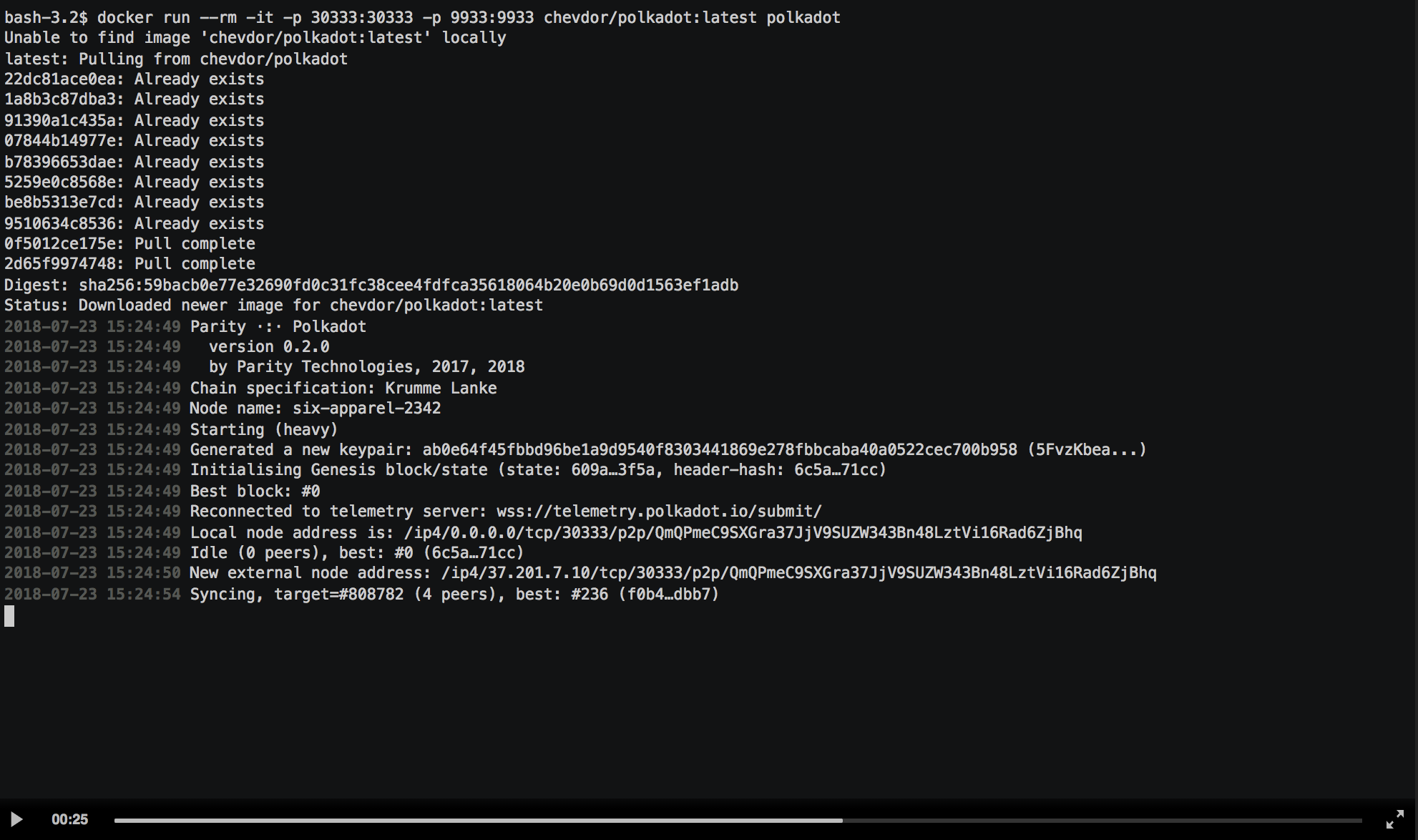 You are now part of a unique experiment!

Be proud and show-off shamelessly on Twitter. Mention @polkadotnetwork and @chevdor if this article helped you get started.

Will is also writing article for Base58.de where Blockchain news are decrypted and explained in German. Find this article translated to German at https://base58.de/polkadot-knoten-in-unter-30-sekunden-erstellen 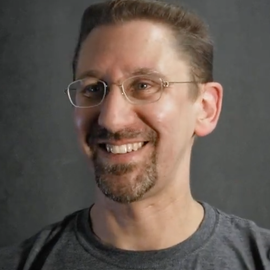